The New Deal in Japan!

Everyone is very excited to be making the trip cuz we feel we’re going to show the people in japan a lot of great new deal music. Our promoter takanori has informed us that there are a lot of people excited that we’re coming, which makes us feel all fuzzy and warm inside.
Checking in at the airport was a breeze, as I was traveling business class and that allowed us to bring more gear, so off we went with most of what we wanted.

Here’s my seat for the flight. I rocked the business class. 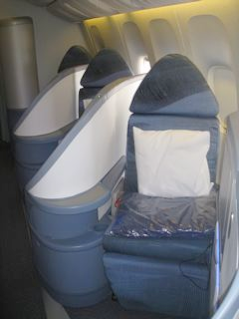 Dan, Darren and Kevin weren’t as lucky/important as me so they sat with the regular folks (actually, I used points to get the fancy seat).
The 13-hour flight went surprisingly smoothly (I guess sleeping for 8 hours of it tends to take the edge off the time).

When we arrived we were greeted by a number of people, including health inspectors, customs inspectors, and drug dogs. Happy to say we passed all required tests and made our way out to the arrivals area.

We were greeted by our Japanese hosts/friends/promoters. Here’s a shot of our man Takanori from the band COMA. They were our hosts for our week-long tour. 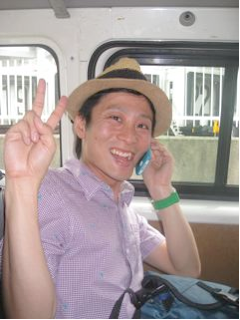 After driving for a bit we arrive at our hotel in our first city, which is KASHIWA, just outside of Tokyo. We head out for dinner with a group of about 15 and had a wonderful meal of fresh Japanese seafood, grilled meats, soups, rice, etc – and apparently this was a casual meal.

Off to bed at 8:45 PM because we’re up at 4AM to head to the Tokyo Fish Market to check out the giant tuna. 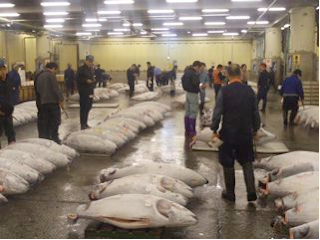 Wandered around the market at 5AM (jammed full of people), ate some awesome noodles for breakfast at around 6:30, drank some cold coffee in a can, drove around in a wood-panelled Honda and now back to sleep at 9AM for our show tonight at 2AM!

Show in Kashiwa was great. We got a chance to check out some other Japanese bands and it’s amazing to see what a scene they have over here for good danceable music.

Our set started at 2:30 and went until 4AM. The entire place was bouncing from the minute we started until the minute we ended. It was nice to see the same looks on people faces here as we see in North America.

The sun was rising as yet more bands took to the stage… we hung out with some super people and finally staggered back to bed around 6:30 AM… here’s a shot of dan and myself sometime around sunrise… 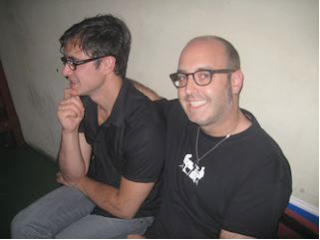 Woke up at 1pm (which is irrelevant when you’re 13 hours off your regular schedule and are playing shows at 2:30 AM) and hopped in the car for the 9-hour drive to Osaka. Darren and Kevin took the Rapidtrain while Dan and I opted to view the Japanese countryside from the seat of a moving van.

Ours was a good choice.

Our drive was nothing short of fascinating. Unfortunately we weren’t able to catch a glimpse of mount fuji due to cloud cover, we were still able to see the fantastic layout of japan as we made our way from the Tokyo area south to Osaka. There is no way we could take in the beauty of japan if we hadn’t made this drive, and hanging with our friends Ryohei and Takanori was a great time as well. Lots of music… 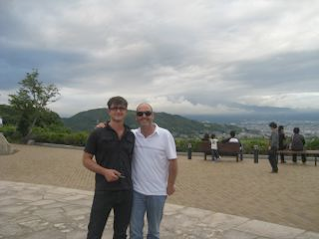 We arrived at our hotel in Osaka, had a bite to eat and passed out around midnight, ready to tackle tomorrow’s gig.

Osaka – nice place. Got to walk around and explore the place with my friend Jay who lives here. Had a nice dinner with him and Kevin. Here we are in the middle of town. 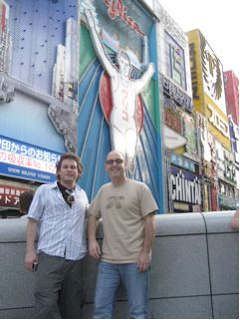 Interesting experience here in Japan – getting stopped on the street by locals who can’t speak English but know my name cuz they’re on the way to the show. A couple of them even helped Kevin and I find the venue!

Show was great, another sell-out. – It’s really interesting to play in a new country and have all these people pay money to come see you even though you have no “above-the-radar” promotion like radio or video. It just speaks to the power of the internet, tape-trading and the universality of good music.

Kyoto – saw the sushi train today at lunch. It carried our food then ducked back home to help another set of patrons in need. (see darren’s videos for further explanation).
Another day of enjoying a cool Japanese city and soundchecking for our show. Another sell out. This will never get boring.

Morning – Kyoto. This is when we visited the temples and holy areas. Fantastic visit – I have to say, traveling with a bunch of people who live in the county is really the way to go – they know the ins and outs, they know when to hold ‘em and when to fold ‘em… I recommend it to anyone traveling – pick up another band and travel with them! ☺

Had a fantastic Udon lunch at a supposedly famous place in Kyoto, then took the bullet train into Tokyo. 300 KM/H turned our 9-hr drive up to Kyoto into a 3-hr return train ride. 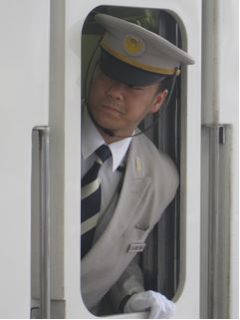 Spent the evening in Tokyo with our friend Chiaki (the guy with the ponytail in darren’s videos) at his friend’s restaurant and then at another friend’s bar. The drinks were plentiful and the evening was long, particularly for a couple of members of our touring party (I won’t say whom!). let’s just say that (to paraphrase Lowell George) their nights turned into our mornings… good times.

What a city – unlike any other in the world. A vibrancy and energy unto itself… and that’s just during the day! 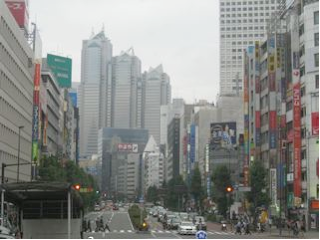 Our man Ryohei (a great guy who was indispensable as a guide/handler/driver/lead-arounder/translator) took us to his brother’s restaurant for lunch where we enjoyed a nice traditional meal of risotto, pasta and some meats – just like in italy. Pretty great food…

Headed off to soundcheck at O-Nest, a pretty cool club in the Shibuya district. The show that night was off the wall… mayhem to the highest degree. Unbeknownst to us, there has been a pent-up demand for the New Deal in Japan for a number of years, and the club we were playing that night was not big enough to accommodate the demand… a lineup snaked around the club and down the street for quite a stretch – an interesting (and nice) thing to see in a country far away from your own.

The performance was similarly charged and we had a great time. We then spent the next number of hours chatting with fans and friends in the bar section of the venue. A fitting way to cap off a great stay in a great country. 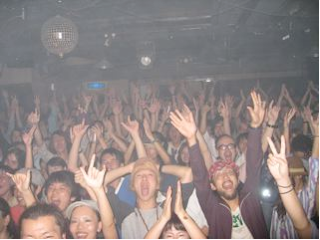 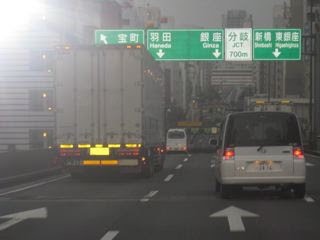 We look forward to returning there sometime in the very near future – we’d be silly not to.